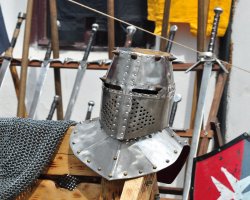 To quote the Basic Rules, Your character's class is more than their profession, it is a calling that shapes both how you perceive the rest of Ellorien- and how the rest of Ellorien perceives you.  The player classes are all designed around a player  character's role as an adventurer: an explorer, a hero, a man or woman driven by deeply rooted goals and an enterprising spirit.  Each class features some special features which are unlocked as the character increases in level.  As adventurers, characters are allowed to develop prowess in more than one basic class.  The rules for multi-classing in Ellorien are found here.

These classes are found within the D&D Basic Rules.  Members of these four classes throughout the seven primary civilizations of the known world and among all seventeen player races.

Most (but not all) of these classes are found in the D&D Next Player's Handbook, with customized details here on the wiki to fit them within the Ellorien setting.  Not as generally prevalent as the common classes, the uncommon classes likewise don't easily fit with every culture, race, background, etc., that is to be found among PCs.  Be sure to check with your GM that a civilization/race/uncommon class  combination will fit within the scope of their chronicle.

Prestige Classes are an optional form of character progression that allow options or specializations not found in the basic common and uncommon classes.  In Ellorien, every prestige class has requirements that a starting level character will not be able to obtain.  They are viewed as something that a character can potentially work their way into through a combination of aquiring skills, knowledges, the favor of a non-human benefactor or deity, and/or joining a specific institution or organization.  Prestige Classes are heavily customized for Ellorien.  Some require a very specific nationality, race, class, alignment, and/or background; it is a good idea to review the requirements of a prestige class you would like to eventually develop for your character at creation in order to assure that the requirements can be eventually met.

Retrieved from "https://ellorien.fandom.com/wiki/Ellorien_Player_Classes?oldid=4203"
Community content is available under CC-BY-SA unless otherwise noted.